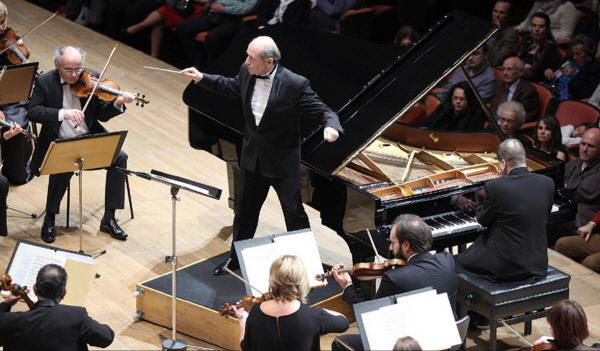 Sgouros and Fischer in an exciting interpretation of the 1st Concerto for piano of Brahms. © Ch. Akriviadis

Not one month after the interpretation of Beethoven's "Heroic" by Zubin Mehta and the Israel Philharmonic, the (Athens) Concert Hall programmed the same work with another great orchestra, this time the Budapest Festival Orchestra under Ivan Fischer. This was a performance distinctive for its vigor, strength, vitality, plasticity.


On November 15, in the Friends of Music Hall, Fischer unleashed the spirit of the project, revolutionary in every respect, highlighting all aspects of musical notation. The quality of the reading was evident from the very beginning. First, the arrangement of the orchestra, the double bass positioned in the center, behind the woodwinds and strings arranged amphitheatrically on pedestals, strengthened the emergence of different "voices" of writing, as the sound reached the listener from focused and clearly distinguishable centers.

Fischer emphasized the music with sharp formalities and highlighted the momentum through constantly readjusted speeds and myriad dynamic gradations. The result was strongly emotionally charged, while leaving room for the noble interventions of the woodwinds.

The number of dynamic gradations grew in the slow second part, and in Fischer's hands acquired solemnity and majesty, qualities very different from the static majestic interpretation of Mehta. Resourceful and airy sounds characterized the third part. The cohesion didn't falter with the excellent performance of the final part where changes dominated among the more marching paragraphs in intensely dramatic and brightly lit diffusions, as expressed by the flute-dominated motifs. A modern, exciting interpretation steeped in deep erudition, by a man clearly informed of developments.

In the first part of the concert, Dimitris Sgouros interpreted the First Piano Concerto of Brahms. Sgouros showed excellent familiarity with the work, and abundant technique and craftsmanship for such demanding music. Today, however, he also has the delicacy and expressiveness for the lyrical middle section. His collaboration with the wonderful orchestra under Ivan Fischer heralded a delightful interpretation. 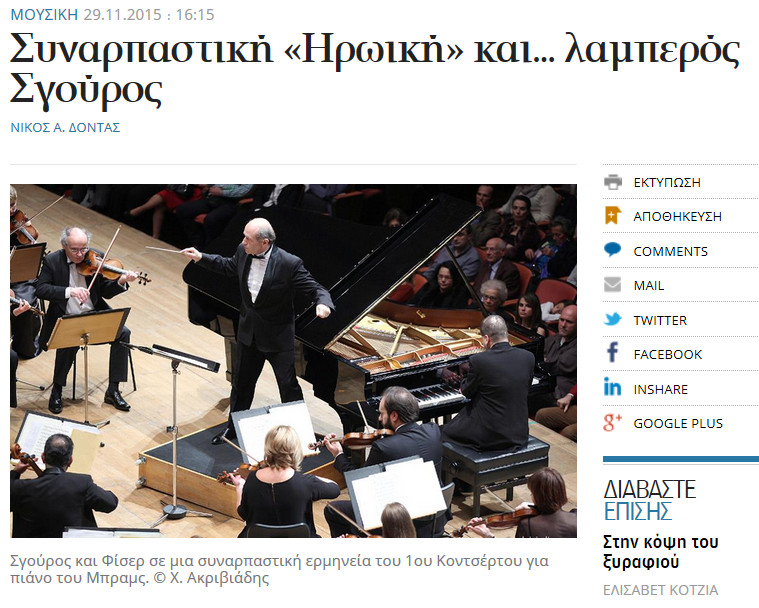 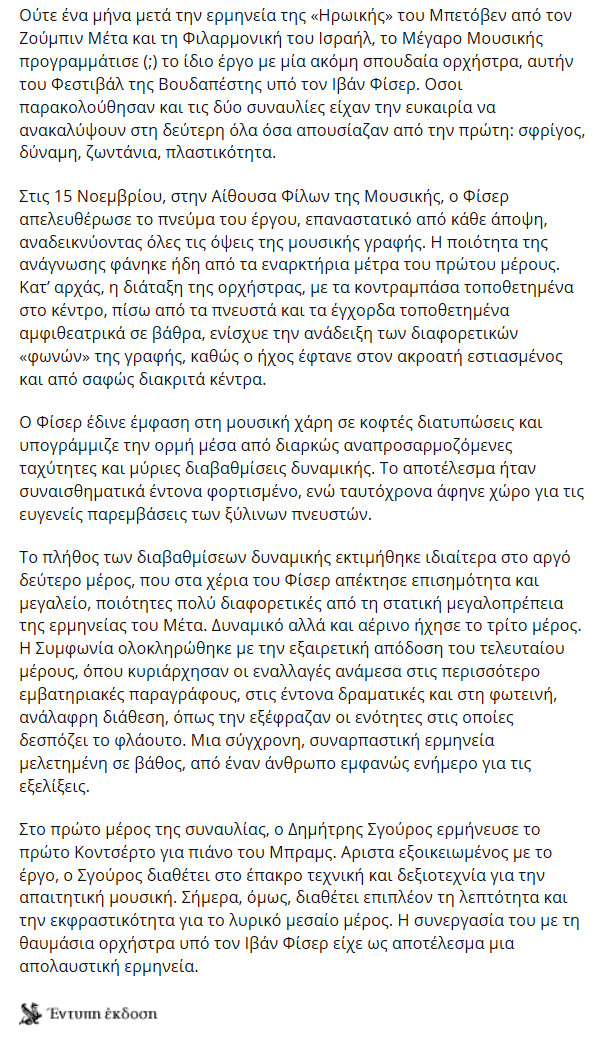