Dimitris Sgouros made his British debut on the 24th March 1983 at the Royal Festival Hall, performing Rachmaninoff's Third with the London Philharmonic Orchestra conducted by Mstislav Rostropovich.

"...a debut as auspicious, and as spectacular in its own way as that of the young Horowitz, the young Menuhin, or the young Barenboim."

That a 13-year-old can even countenance a work as technically intricate and physically demanding as the Third Piano Concerto of Rachmaninov is extraordinary enough in itself. That the young Greek pianist Dimitris Sgouros, in his London debut at the Festival Hall last night, could go far beyond simply a phenomenal dexterity and invest its music, both in the general and in the particular, with such strength of character was clearly something quite exceptional.

To say that the conductor Rostropovich and the players of the London Philharmonic Orchestra scrupulously nurtured every detail of his performance, although true, would be to underestimate the grippingly individual, and often strikingly original, imprint that he left on all three movements.

The intimidating technical challenges posed by one of the most notoriously difficult works in the concerto repertory, and its searching interpretative problems were met not only with a fearless bravura, but with an almost startling independence and maturity of mind. Where one might have anticipated from so young a pianist a faithful and maybe expertly played copy of one authoritative performance or another by some esteemed musician of the older generation, here everything had not only been freshly and astutely thought but thought through with a remarkable clarity and securely based, yet quite instinctive sounding musical intelligence.

This distinctive quality in his playing was not confined to the more obvious episodes but gave an equally alert sense of independently charged purpose to the decorative passage work and transitional figures, and to his sensitively moulded lyricism in the tenderly musing incidents.

If any allowance had to be made it could only be for a certain lack of body in the sound but, with playing of already so impressive a power and resilience, this is something that will no doubt develop naturally with the years. Looking back from some point in the future, it promises to be a debut as auspicious, and as spectacular in its own way as that of the young Horowitz, the young Menuhin, or the young Barenboim.

It is fair to predict, even with nine months of 1983 still to go, that the first British appearance of Dimitris Sgouros at the Festival Hall last night will be the year's most sensational debut. The name was not entirely new: word had already travelled of the young Greek pianist who gave his first public recital in Piraeus at the age of seven, won several major competitions before his 10th birthday, and played at Carnegie Hall before reaching his teens. That did not make his debut automatically an inviting prospect: expectations are not unnaturally tempered by suspicion of the publicity hype which travels with the baggage of child prodigies. But in the event, not even the most sanguine concert-goer could have hoped to hear a more powerful, more authoritative or in the physical as well as musical sense, more exciting account of Rakhmaninov's third concerto than that which Sgouros gave.

Most striking of all, it did not seem a copied performance, but in every measure original, freshly worked, strongly and concisely felt. There is no doubt that Sgouros knows Horowitz's interpretations well, but those minute desynchronisations and sudden clanging base octaves were only echoes, not copies, of a style and a period of which Horowitz's Rakhmaninov is an inseparable part. He caught the period flavour of the music, indeed - the sentiment, the nostalgia, the lonely fervour - far more acutely than an 13-year-old should rightly be able to catch; and its urgency, so easily smothered by purely sentimental readings, by turns darkly sensuous and flashing with fire.

The technique is astonishingly secure. In the first movement cadenza, he chose the most difficult, alternative version. Sgouros had us on the edge of our seats. In the <???> hardly a stitch was dropped. Most demanding of all tests of mature confidence, he made a perfect, seamless recovery from a left-hand memory lapse near the end.

Even if the full, weight of timbre, is not yet fully developed, it is already very large. Inner voices sparkle: <???> chords are spun off grandly without ever forcing through the tone. The listening is exceptionally keen: Sgouros played with the London Philharmonic never besides <???> the conductor Mstislav Rostropovich gave as many ones as he received. Sgouros is at present studying in London at the Royal Academy of Music. I cannot imagine that his Beethoven, Bach, Chopin or Schumann can possibly be as fine as his Rakhmaninov; but if it is, the RAM is nurturing its first great pianist for many years.

Review of Dimitris Sgouros' British debut from The Guardian, Saturday 26

The hall was packed with fur-coated, bejewelled ladies and their well-heeled consorts eager to witness the confrontation between the boy-pianist Dimitris Sgouros and that Goliath of a concerto, Rachmaninov No 3. They were not disappointed. The 13-year-old Greek tyro had the power and stamina of someone twice his age and three times his size.

Sgouros was very subdued at the start and the dark, lugubrious tones of the London Philharmonic Orchestra, conducted here by Mstislav Rostropovich, often obscured him altogether. Eventually, however, he made a dash for freedom and began hurling fistfuls of chords around like rocks. In the wide open spaces of the cadenza, he disported himself with great agility and muscularity.

This mini-Horowitz gave the audience a lot to shout about in the impetuous, forward surging finale...

Many of the fur-coated brigade left before or during the Shostakovich 10th Symphony which followed. 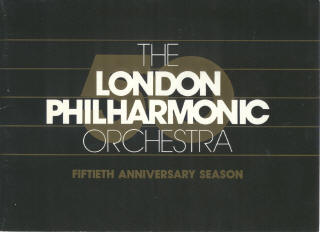 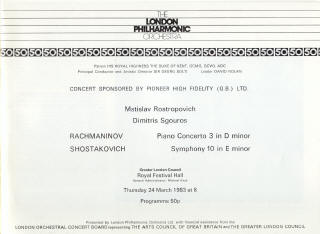 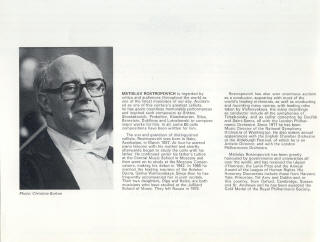 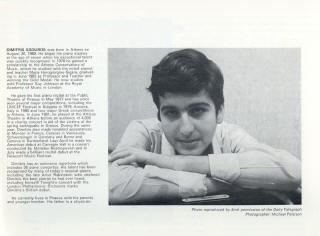 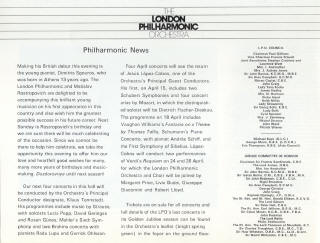 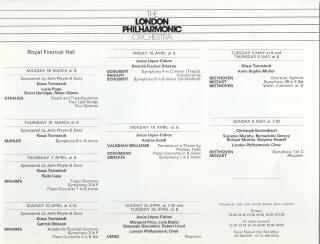 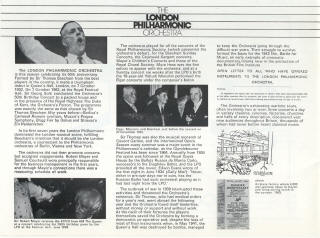 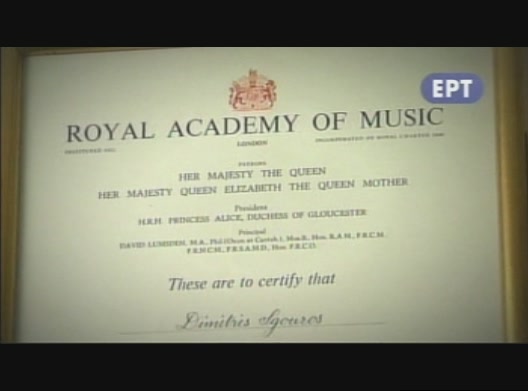 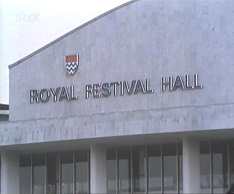 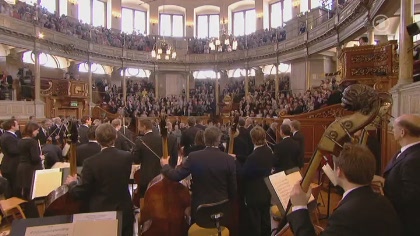 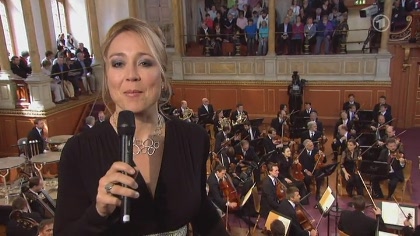 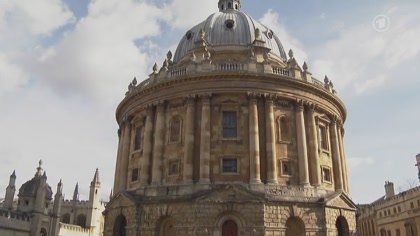 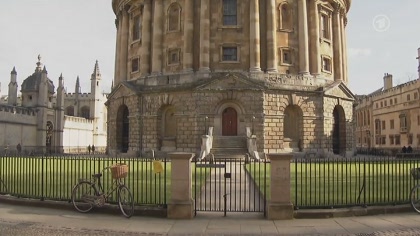 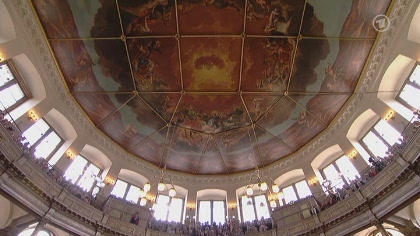 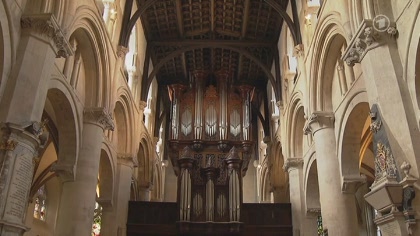 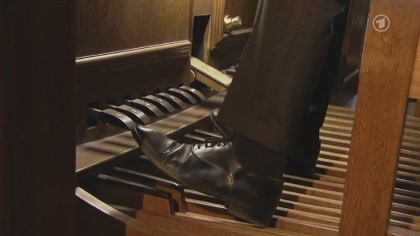 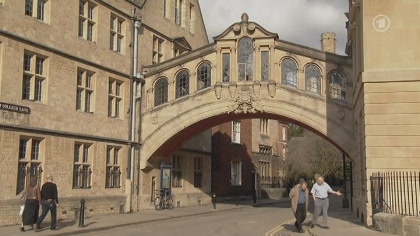 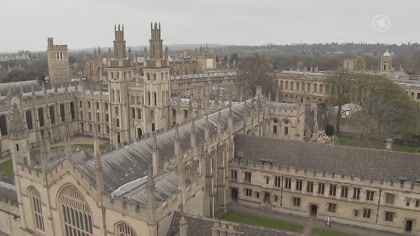 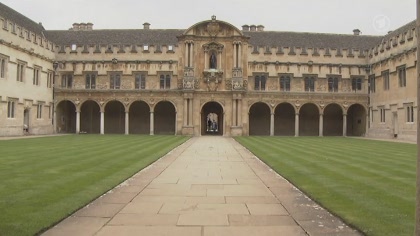 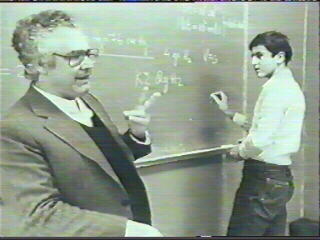 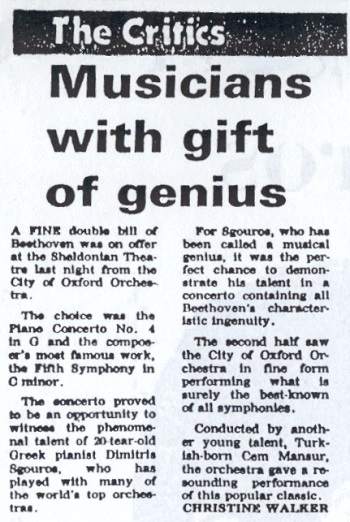 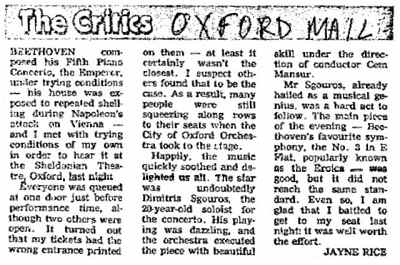 "This was a Mozartian reading: relaxed, urbane and conversational" 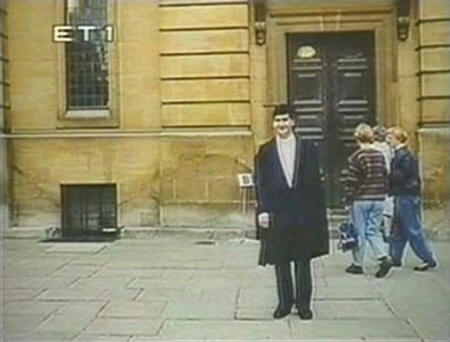 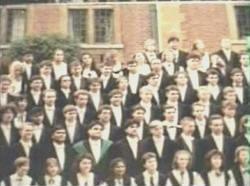 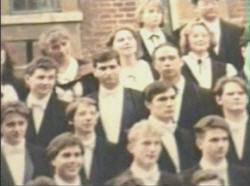 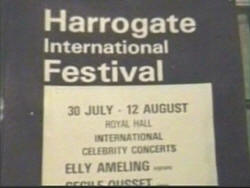 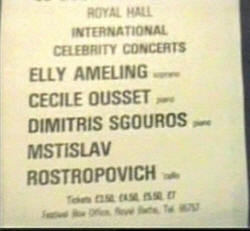 Accompanying Yo-Yo Ma in London, in the presence of mutual friend Tony Shalit, a great patron and connoisseur of the arts

Taking a break during the filming of "Dimitris at 14" 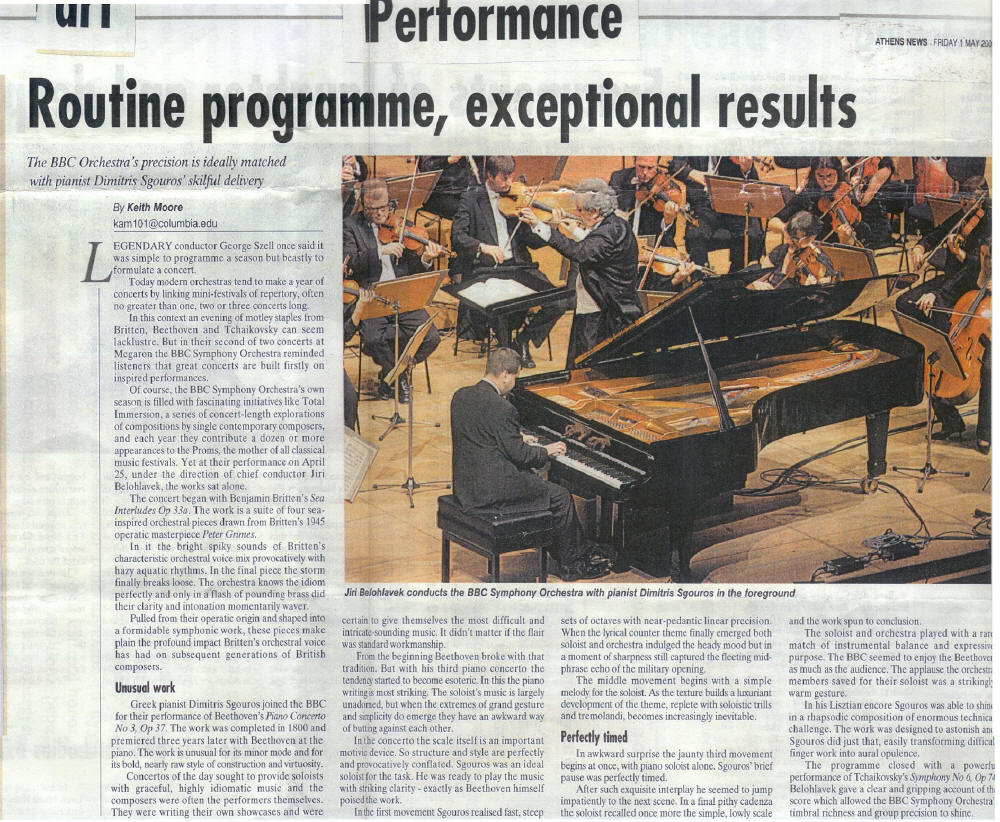 "In his Lisztian encore Sgouros was able to shine in a rhapsodic composition of enormous technical challenge. The work was designed to astonish and Sgouros did just that, easily transforming difficult finger work into aural opulence."

[VIEW THIS ARTICLE IN PDF FORMAT] 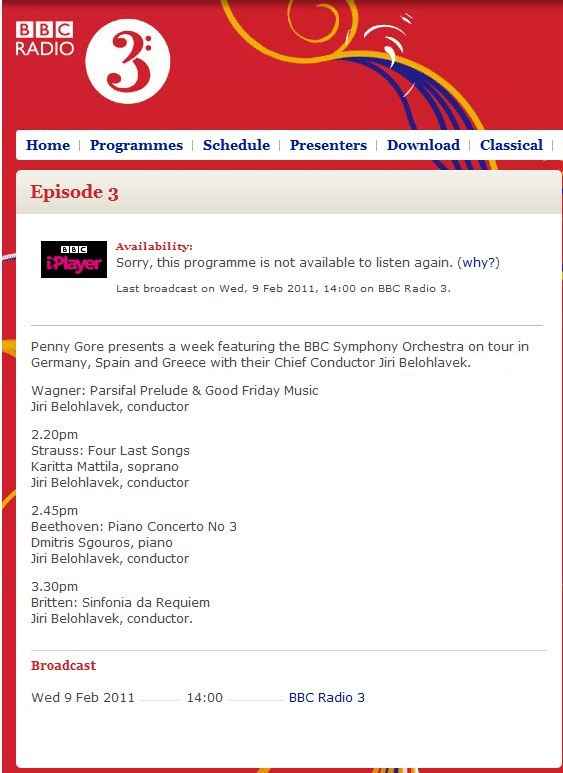