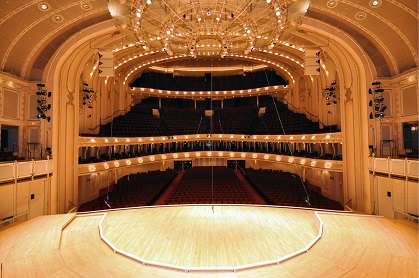 The Greek community welled with pride at Orchestra Hall last Sunday as Greek born piano prodigy Dimitris Sgouros brought his immense talent to some of the most demanding keyboard repertoire.

Commencing and concluding, by way of encores, with a Spanish flavor, Mr Sgouros shared his interpretation of works by European composers spanning more than two centuries.

A sonata by Domenico Scarlatti, an Italian who composed for the mid eighteenth century Spanish court, began the evening. The musical suggestion of strumming Spanish guitars came alive in the momentum of Sgouros' frolicking parallel intervals and sparkling pianistic filigrees. His discreet use of pedal deftly captured the gentle ring of open guitar strings.

With Beethoven's Sonata Op. 81a, subtitled "Les Adieux," we leapt into the era of piano composition that fully exploits talent of the stature of Mr Sgouros. Beethoven composed the sonata in 1809-10 to mourn the departure of his friend and benefactor Archduke Rudolf from Vienna in the wake of Napoleon's attack. Sgouros carefully balanced the voices in the "Farewell" movement, and brought a sense of immediacy to the wistful motive recalling his distant friend in the "Absence" and to the high spirited "Return."

The lone piano onstage became a microcosm of the orchestra with Liszt's rarely performed evocations of Italian life, Venezia e Napoli. Three pieces therein draw on popular tunes of the day, including a Rossini aria "Gondoliera," at first a lilting gondola like sway, developed in typical Lisztian fashion into a series of demanding embellishments of the theme. The "Canzone" explored the low registers under a well controlled continuous tremolo. Without pause Sgouros let loose his dynamo technique in the effervescent "Tarantella." Scintillating orchestral effects came into play as various musical themes intermingled. Sgouros' ability to leave his audience entranced shone throughout the coda, particularly in his remarkably convincing acceleration to the final cadence.

It is irresistible to reflect on the personality contrasts of performer Sgouros and composer-performer Liszt. The flamboyant high handed affectations and consummate showmanship of the legendary Liszt are nowhere to be found in Dimitris Sgouros. The latter's close to the keys yet soulful performance dispenses with pretension altogether, leaving no doubt as to his love for the music and spirit of oneness with it. Even in his restrained yet gracious receipt of applause, Sgouros' modest demeanor seems to reserve expression for his musical outpouring, where he unleashed the full gamut of emotions.

If one perhaps questioned a heavy handed technique, particularly in the bouncing thirds of the Scarlatti or melodic lines of Beethoven, any doubt of his control surely must have vanished in the poetic contours of Chopin's Sonata No 3, Op 58. The young pianist revealed technical and conceptual sophistication as he mesmerised us through elegant, swan like melodies that whispered, sang, and effectively meandered with all the nuances of a colorature vocalist; as he led us through sections via subtle yet convincing tempo modifications; and in the extremely difficult finale as he subordinated flawless executions of rapid parenthetical runs that swept the full range of the piano.

The extreme difficulties of the Chopin sonata, particularly the last movement, left no trace of exhaustion on the countenance of this seemingly tireless performer. He graciously honored standing ovations with three encores of equally taxing difficulty.

Mr Sgouros plunged into Chopin's Etude Op 10 No 11 and followed with Liszt's Transcendental Etude No 10, which explores virtually all of the composer's keyboard antics, including more rapid runs, leaps, and figurations. He closed with a picturesque Spanish piece called Cordova, alternately lyrical and vivacious, by the late nineteenth century composer Isaac Albeniz.

Truly blessed with a phenomenal technique and deeply expressive style, Dimitris Sgouros at sixteen is a pianist who has already brought his rare gift to five continents. We look forward to his brilliant career and any opportunity to hear him again. We must remember with utmost gratitude the generosity of the United Hellenic American Congress that sponsored this high point of the 1986 Greek Heritage activities.

Barbara G. Kopsian is a performing pianist and instructor of piano and music history. She did her masters and doctoral studies in music history at Northwestern University. 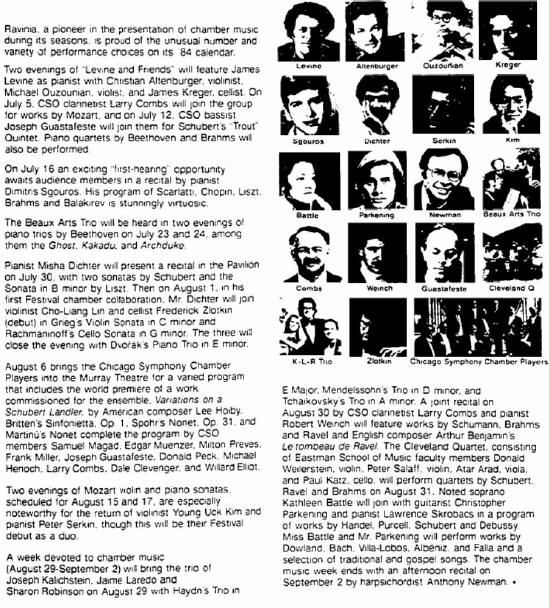 "... On July 16 an exciting "first-hearing" opportunity awaits audience members in a recital by pianist Dimitris Sgouros.  His program of Scarlatti, Chopin, Liszt, Brahms and Balakirev is stunningly virtuosic." 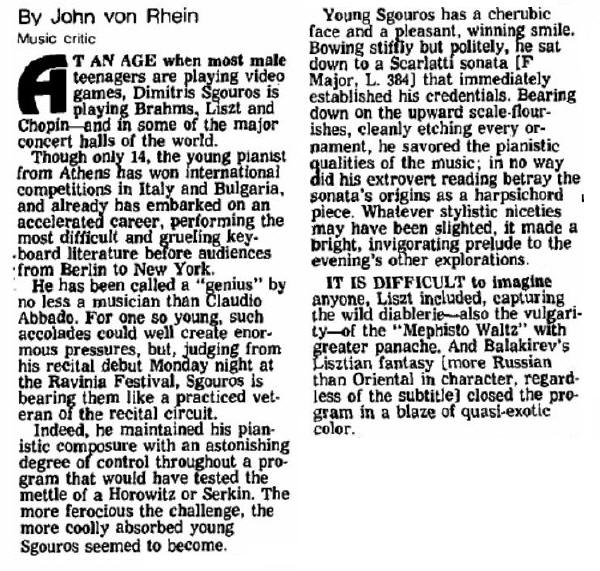 "... he maintained his pianistic composure with an astonishing degree of control throughout a program that would have tested the mettle of a Horowitz or Serkin....  it is difficult to imagine anyone, Liszt included, capturing the wild diablerie - also the vulgarity - of the Mephisto Waltz with greater panache..."

"... Cellist Lynn Harrell and pianist Dimitris Sgouros will perform at 1 p.m. Saturday in the second program of a new, 12-week series of concerts..."