WHAT PEOPLE ARE SAYING ABOUT DIMITRIS SGOUROS ON THE INTERNET 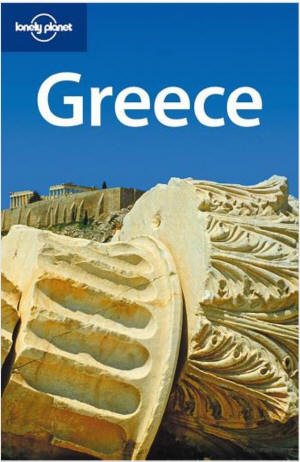 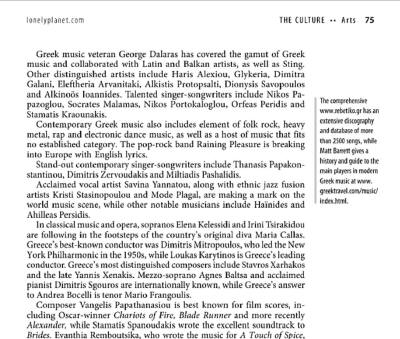 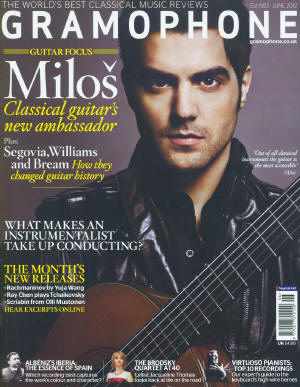 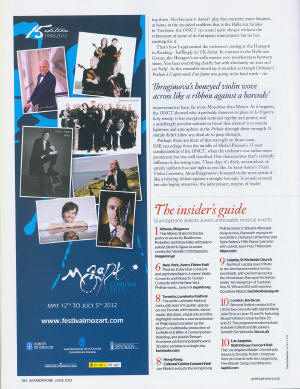 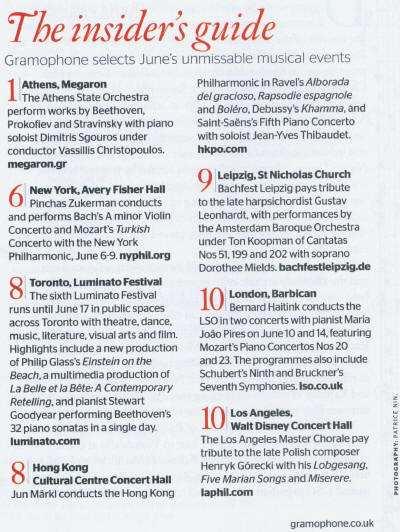 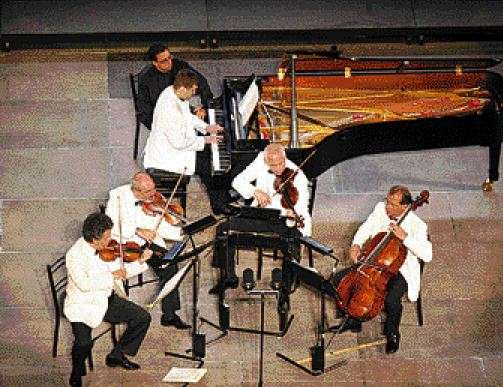 Performance of the Brahms Piano Quintet

".. the Brahms Piano Quintet in F minor was given a poised and coherent reading that showed all parties concerned to be on the same wavelength. Sgouros must be commended for highlighting the inner lines of the score. The concert ended with a brilliant rendition of the Scherzo from Dvorak's Piano Quintet Op 81. The audience applauded warmly." 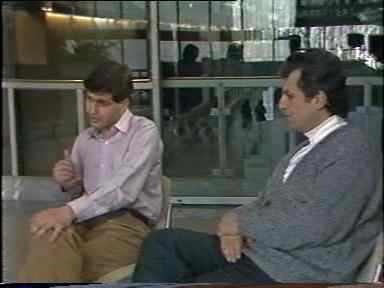 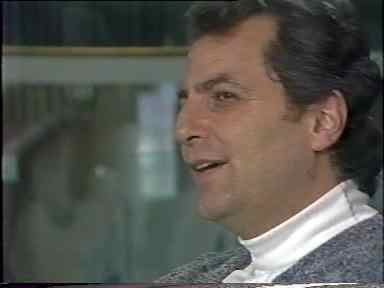 "We are just very good friends, and my activities in Thessaloniki besides being chief conductor of the State Orchestra in Thessaloniki, I founded a Conservatoire, the New Conservatory of Thessaloniki which became the most attractive conservatoire now in Greece, and we have the great honour that Dimitris is coming to Thessaloniki several times and giving piano seminars, and he is teaching the most talented, select students and for long days - last one was 10 days - very intensive, very interesting seminar, and he's giving also lectures. He gave an excellent lecture about Franz Liszt in Thessaloniki 2 weeks ago, and he is an extremely good pedagogue. He's also young, he's very near to the young people, and he is kind, how he speaks, how he is explaining, how he's helping, getting the best out of the children which is very, very interesting and he has also I can say a great talent for pedagogy work..."

"Our deepest appreciation.... for your great support and powerful inspiration" 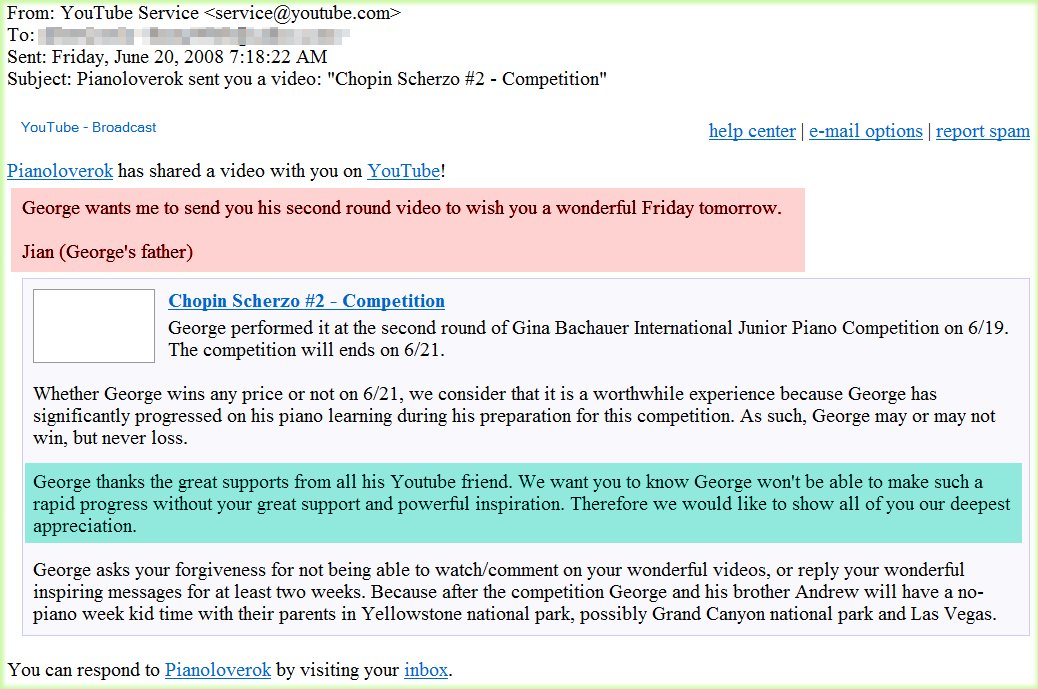 Comments  (re: video of Dimitris Sgouros playing the Liszt Sonata at the 2000 Montpellier Festival, France)

This is one of the most moving, beautiful performances of the Liszt Sonata I've heard in a long while and overall it ranks with the very best (Arrau, Gilels and Richter). The Andante Sostenuto in particular shines with deep, heartfelt emotion. Sgouros downplays - rightly in my mind - the virtuosic parts of the outer movements, refusing to trivialize the music and keeping the greater message in mind. Bravo!

Tbromley
I totally agree, I see him as one of the best and most mature pianists around today, it's just a shame that he's not that well known.

scarboz40
I have an mp3 of Sgouros playing Ravel's Gaspard. His Scarbo has to be heard to be believed...simply leaves everyone else in the dust...it's as menacing and sinister and thrilling as anything I've heard. Not sure why he is not better known either.
jbaxt
i could kick his ...(wakes up)...wow! he is something else..
homoe87
When I watch performances like this, I remember why I need to quit playing piano before I make a fool of myself on stage trying to half-ass a performance of a piece like this. Why should I try anymore when this guy could entertain the world 200 times over what I could ever do.

He is way too talented. It makes me throw up a little.

DoctorGradus
I downloaded sgouros's performance of this ballade in a live appearence from www.sgourosmp3.com ......it is by far the greatest of all i have ever heard....it is flawless and when he gets at the presto section,he gives me the chills....it is even better than richter's own live performance,to my opinion...

shilloshillos
Those﻿ "trills" in the opening of the piece are impossible. They are so clear here...astonishing...... 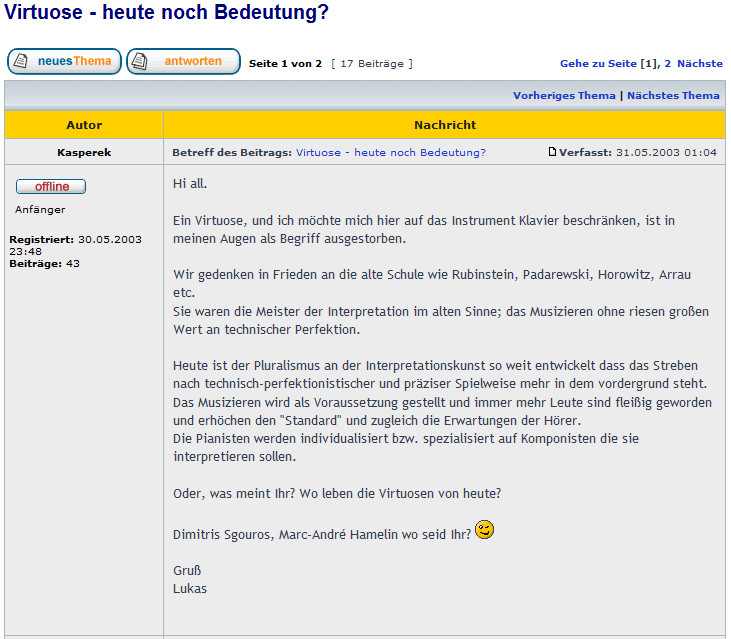 From the Pianist Corner forum - http://www.pianoworld.com/ubb/cgi-bin/ultimatebb.cgi?ubb=forum;f=2 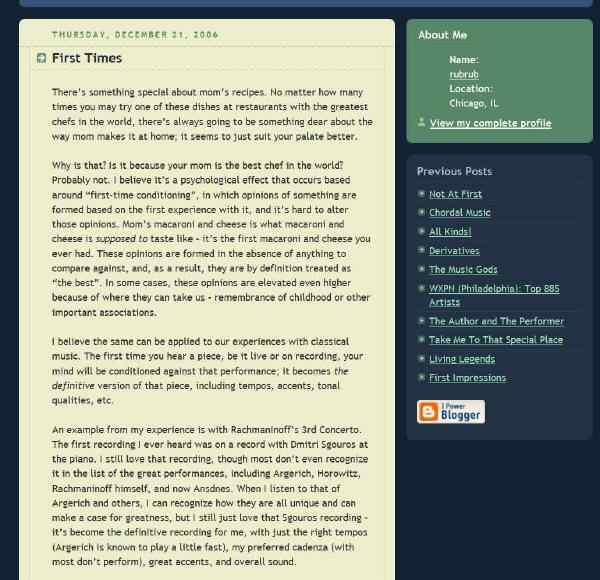 ".. I still just love that Sgouros recording - it's become the definitive recording for me, with just the right tempos (Argerich is known to play a little fast), my preferred cadenza (which most don't perform), great accents, and overall sound."   - "rubrub" (Chicago, December 21, 2006)

"I have a few CDs of the Rachmaninoff PC3, by pianists including Garrick Ohlsson and Rachmaninoff... Sgouros' is my favorite.. BY FAR"

"... a real revelation... a heavenly reading... only Volodos and Levine could do anything like this years later..."

Listen to an interview with Dimitris Sgouros discussing the challenges of the Brahms Piano Concertos:- 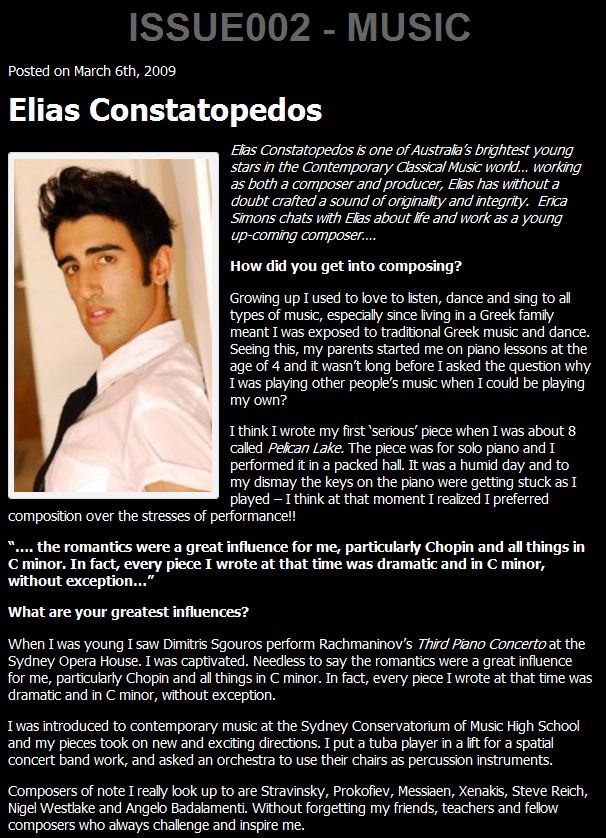 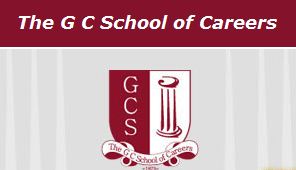 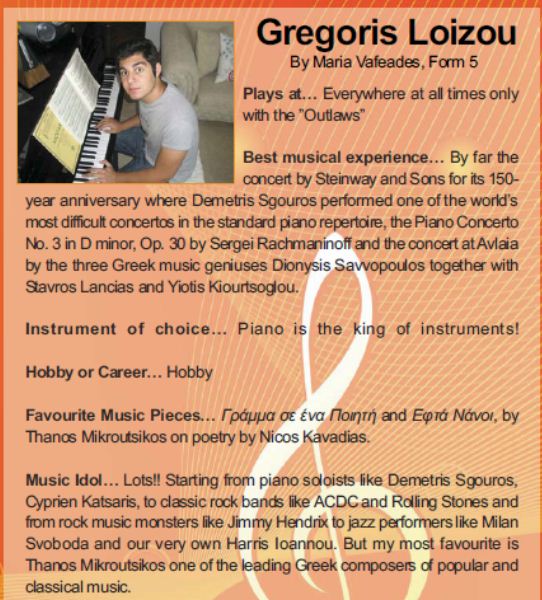 Best musical experience...  "By far the concert by Steinway and Sons for its 150-year anniversary where Demetris Sgouros performed..."