English translation by AltaVista/Systran. See below for original article in Italian.

SGOUROS, THE GENIUS OF THE PIANO WHO DREAMS OF LA SCALA

An interview with the celebrated pianist

Regardless of the language, newspaper or community, the terms used to describe Dimitris Sgouros are always more or less the same ones: a genius, a musical child prodigy comparable to Amadeus Mozart for the precocity of his talent, a phenomenon witnessed only once in every hundred years. Upon meeting this Greek pianist in 1982, Artur Rubinstein said: "Thank God for keeping me alive long enough to hear Sgouros play. He is the best pianist that I have ever heard, including myself."

Born in Athens in 1969, Sgouros took to music from a young age, entering the Conservatory of Athens at the age of seven. On May 20 1977, barely eight years old, he played a concert including two of his own compositions. He continued his studies at the University of Maryland and the Royal Academy of Music in London, from which he graduated with the highest marks ever awarded in 1984. He was only 12 when he played in Carnegie Hall, New York with the National Symphony Orchestra of Washington under the direction of Mstislav Rostropovich, who called him "a miracle of nature". A year later Sgouros recorded his first LP, the Rachmaninoff 3rd Piano Concerto, with the Berlin Philharmonic led by Yuri Simonov. Since then he has held concerts all over the world - in Europe (including Italy), the United States, Japan, Australia - and played with some of the most prestigious orchestras of the international scene. Apart from the extraordinary talent witnessed by the public, the particular vitality that Sgouros brings to his interpretations, he also has the spiritual wealth of a passionate artist, embracing philosophy, mathematics, astronomy and languages. In the following interview, which he kindly granted "Foro ellenico", the pianist speaks about his future plans, his music, and his relationship with Italy.

Maestro, your career as a musician began very quickly and immediately achieved crowning success, in Greece and throughout the world. Today, a little more than thirty years of age, what do you still expect from your profession, as an artist and as a man? What other dreams do you hope to achieve?

S -  My only objective, like all pianists, is to serve my art with love and respect, for the important works that one is called upon to interpret from time to time. In reality, the profession of an artist does not have limits. For no matter how much talent we possess, even two or three lifetimes is perhaps insufficient to approach the actual objectives. Like everyone else, I hope to realize the greatest possible number of my dreams. Without getting the public involved in my private affairs (??), I hope to have the necessary health to realize my dreams.

What musicians have particularly inspired you, which artists in particular?

S -  It would be unjust to name only some of the many artists because in the past and present, the international music scene has produced many great names, sources of inspiration for us all. Amongst the composers, it is difficult to say which I prefer, even if in my heart Chopin, Puccini and Strauss occupy a special place. The great masters are many, but in order to avoid speaking about our contemporaries, I just mention some from the Romantic era (?). I have a great collection of recordings of musicians of every kind, that I admire and that I also follow in their live concerts.  All of them naturally exercise a powerful influence on my spirit.

It is written that you have a special partiality for Italy - what is so special about this country and its music?

S -  I have been very fortunate, having known Italy since I was 11 and having unanimously won first prize and the gold medal in the International Piano Competition of Senigallia, even if it was only in the second category. It was exceptional because the competition is normally only open to artists of at least 20 years of age. Thus began my career in Europe. A few months later, I began to appear as a soloist throughout Italy. This entire country is a source of art. It is difficult for a musician to remain indifferent to it. I love the Italian people, who love music and I believe also me. It is known that I adore Opera, the fine Italian bel canto and wish in the future to direct the great Italian grand operas. The rich musical output of this country is enviable and its inspiration is infinite. But I also adore the cuisine!

What are the most cherished memories and legacies of your musical career so far?

S -  I already have behind me a career of more than twenty years. There are many meaningful events that remain imprinted in my heart and in my mind. Every phase of my life as a musician has been equally important and precious to me, because at every stage "I invest" pieces of my spirit. Going back in time, from the moment my career began in Greece, at the age of eight, to the powerful memory of Carnegie Hall in New York, when at the age of 12 I played the Rachmaninoff 3rd Piano Concerto under Rostropovich.  It was an unprecedented success and therefore my debut in the United States also marked the extraordinary commencement (?) of my international career. That evening is strongly imprinted inside of me. Later on, I especially cherish the encounters with the giants of music, from Rubinstein to Von Karajan to Abbado, when still young, and my first recording at the age of 13, but above all I cherish the love of the people, in different places all over the world.

We move on now more generally to the history of music in Greece: a country, which because of historical events was kept separated from the rest of Europe, and so had a later development in the field of lyric and symphonic music, even though it has been known to produce great talents (Mitropoulos, Callas and Xenakis, for example).  What is the current state of music in Greece?

S -  It is true that the long absence of Greece from the European mainstream during those centuries when classical music developed in the continent has had pessimistic consequences for all forms of cultural expression in our country. Despite this, the contemporary musical examples may be considered as sufficiently satisfactory. In the land in which culture was born, in the land of the Muses and of the beauty, of which I am very proud, I believe that the great examples of Callas, Mitropoulous and some other notable composers, will find continuity in the persons of the new generation, who are prepared to work (?), who have the requisite talent and inspiration. The fact that new music auditoria are being built around the country in ever greater numbers and the fact that these halls dedicated to music are always full, demonstrate that the future will be even better.

Perhaps a banal question, but one concerning the present: should music fear the Internet and globalization?

S - The technology does not frighten me, but rather the passivity of the people who are leading us toward the so-called globalization (?).  Music is not in danger, and if used well, can play a role in moderating those movements and those tendencies that in the future may constitute a threat owing to the unique characteristics of different cultures. With music wars are fought peacefully, and more effectively than those fought with arms; music can constitute a body of resistance to the currents of social phenomena; it is by its nature a kind of poetry in a universal language. It has nothing to fear from the Internet. 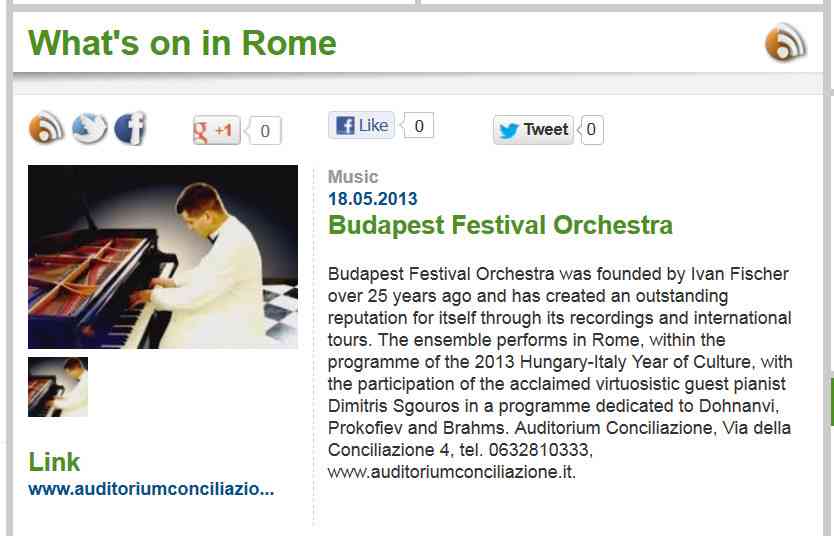 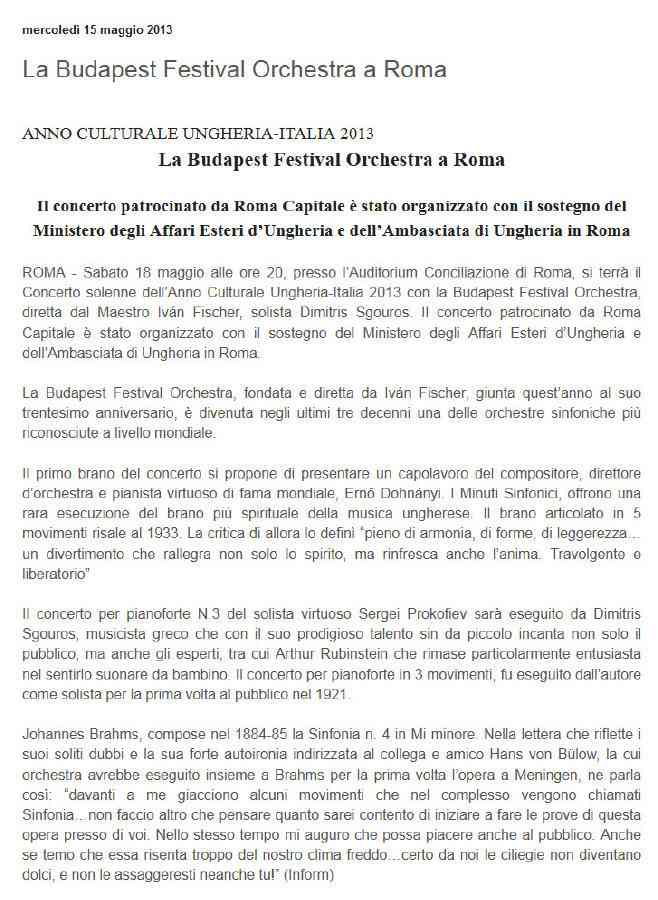 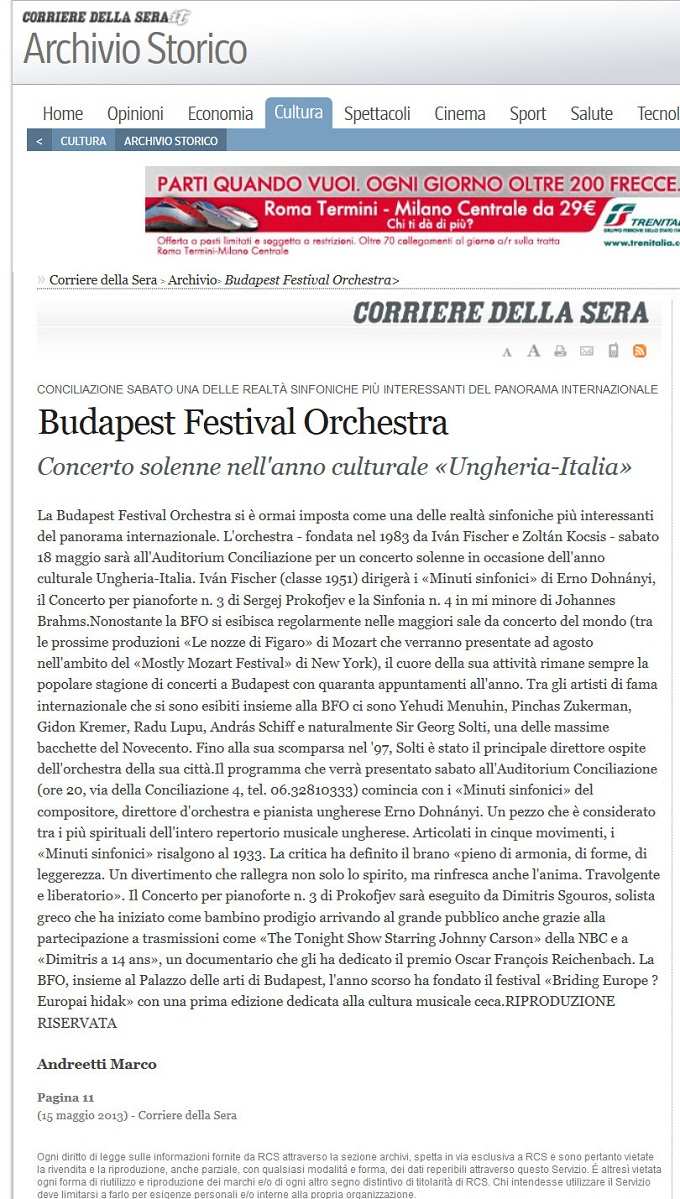 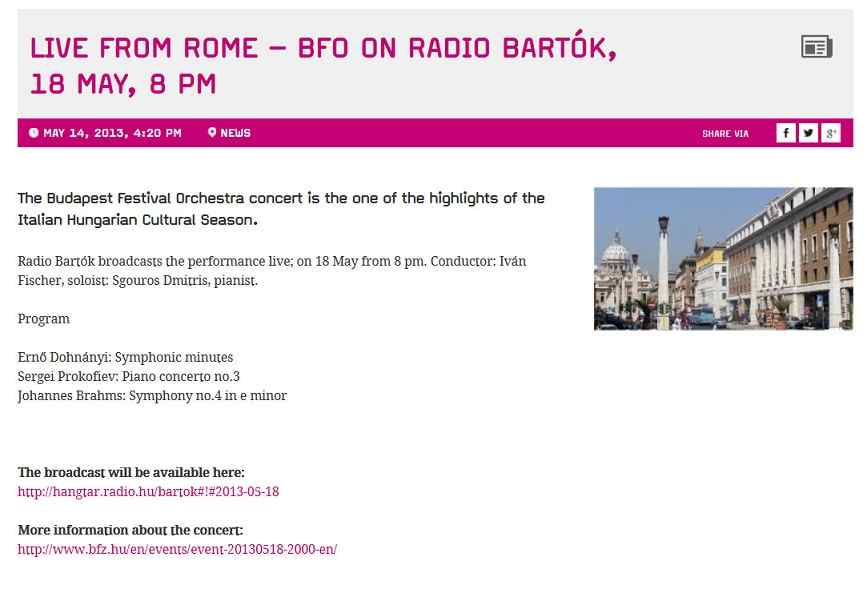 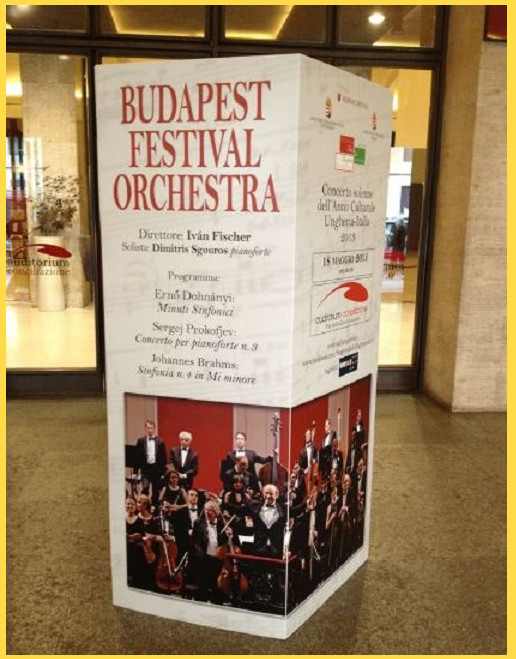 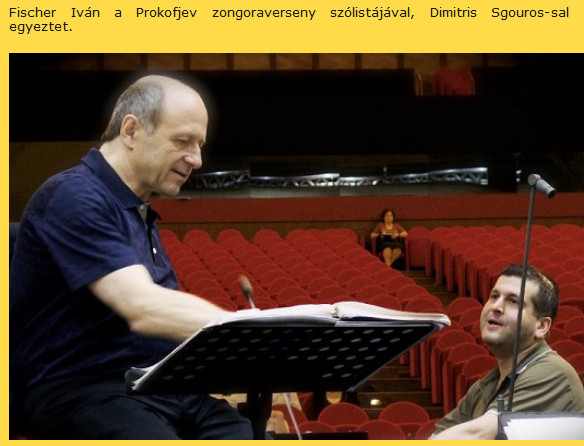 "Dimitris Sgouros... an extraordinary man who touched many people's personality... colleagues said that making music is always special with him" 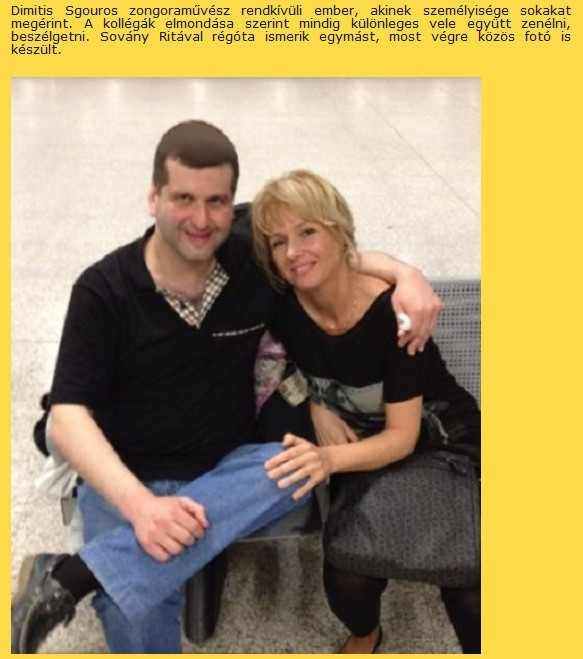 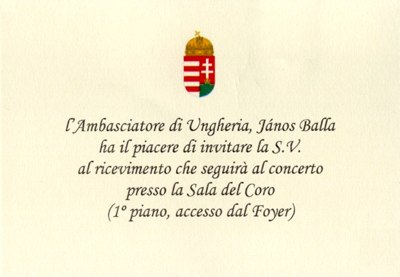 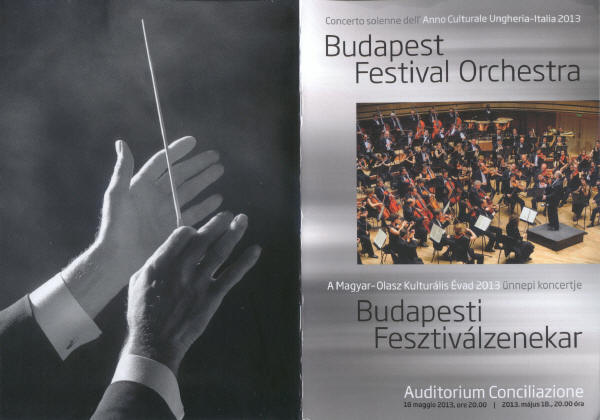 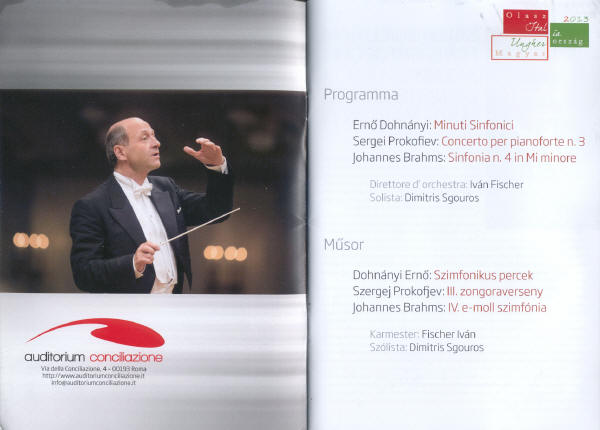 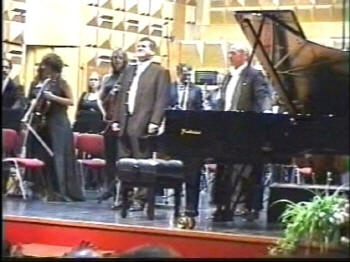 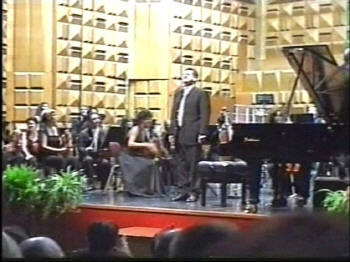 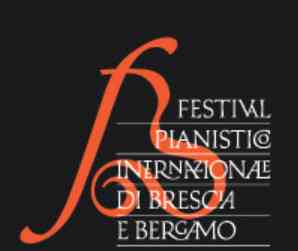 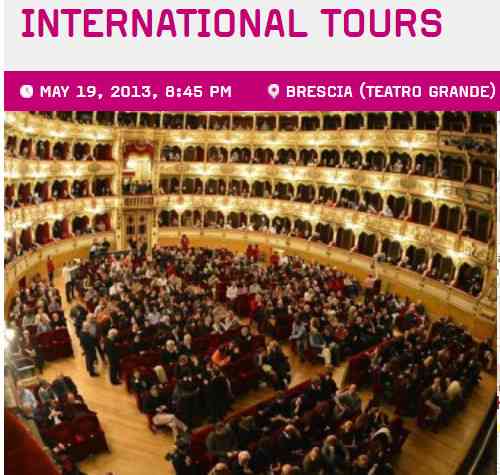 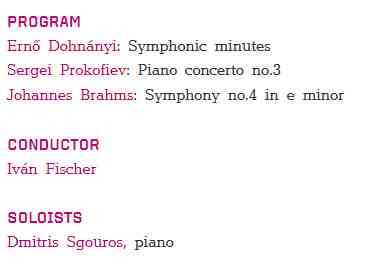