Piano phenomenon Dimitris Sgouros has yet to realise one, out-of-this-world ambition - he wants simply, to play the first recital in space. "I think maybe I would like to give a concert in another place than earth, maybe" ponders the former child prodigy, long distance from Auckland.

"I would love, actually, to be the first one who would do it but I don't know how this will be possible, how it could be managed and where it could be organised."

Having conquered the globe, this 22-year-old virtuoso can aspire only to the stars. It seems there are few other avenues left for Sgouros to explore.

He has been dubbed a wunderkind and a genius. The late, great Arthur Rubinstein, on hearing Dimitris play in 1982, exclaimed: "He is the best pianist I have ever heard, including myself" - and gave him his wristwatch.

Rostropovich, who conducted Dimitris' Carnegie Hall debut the same year, described him as "a miracle, a creation from God" - and gave him a tie.

A professor of music by the age of 13, and international soloist, acclaimed by all who hear him, Sgouros is astonishingly unaffected by the fuss.

In conversation, his tongue works as fast as his fingers on the keyboard. English is but one of the six languages he speaks fluently. He has memorised some 50 piano concertos, learns opera scores for fun and is studying maths part-time at Oxford University, between engagements.

Yet Sgouros is no joyless prig. Instead, he possesses an effortless charm that is, perhaps, a legacy from the bedside manner of his Athens doctor father.

"I feel wonderful coming back to Australia, and especially to Sydney, not only because I have a very big public here, but also because I really feel so wonderful about this beautiful city. I really feel as if it was my home," he enthuses.

"I would like to come many more times... this will be my fourth visit."

On his last trip, in 1989, he performed three sell-out recitals at the Opera House in a little over a week, a box-office record that remains unbroken.

This time, he is playing another three concerts, one of them with dynamic Russian conductor Vladimir Verbitsky, on September 18, 24 and October 6.

"I feel so happy I have got such a big crowd in Sydney every time I am here," he says. "This will be my tenth or eleventh performance at the Opera House, and also I want to say that I will be performing for the first time in Sydney with Verbitsky.

"We have worked in practically all the other big cities in Australia together with great success, but never in Sydney, so I am very happy."

"But that is something I do just for pleasure when there is time, because I started the degree and I want to finish it.

"I also like going to discos with beautiful girls and I like having friends around, playing golf and a lot of swimming.

"In the summer I visited five or six Greek islands. It is a bit funny because I have visited five continents - now was the first time to visit some of our own islands. There was wonderful sea and I really rested quite well."

Touring the world does become tiring, he admits, but there is still no sign of burn-out - despite the hectic schedule since his first concerts, in Greece, at the age of eight.

The one thing Dimitris does resent, very slightly, is the child prodigy tag. "I hoped I had outlived that at the age of 13 (when he graduated from Athens Conservatory with a gold medal). Still, it does not matter, because I am enjoying so much what I am doing and I feel very happy when I am working. Actually, when I am not working, I get empty.

"I think in every field, however successful you are considered, you have not achieved everything. You can always achieve better and better things.

"Maybe I know well any number of operas from a very early age, so one day I would like to try myself as a conductor on the opera stage although, of course, I will continue with my piano."

Remarkably, there is no sense of boasting as Dimitris adds: "I think I am able to have in my knowledge all the Italian operas, Richard Strauss and all of Wagner.

"But mostly I think I would get up tomorrow if I have a voice and sing all the Italian stuff, all the bel canto and verismo stuff. One always admires what one is not too good at. Maybe opera singers admire great violinists and pianists.

"Since the age of 12, I have remembered about 50 piano concertos. To be honest, I have performed most of them 30 or 40 times each, some I have played even more than 100 times each, maybe Tchaikovsky No 1 and Rachmaninov No 3. I have played with nearly every great orchestra in the world.

"For the past five years I have started devoting some of my concerts to more modern music - Ravel, Prokofiev, Stravinsky, Bartok - because I don't want to say that in our days we don't have great composers."

"But for my interests, I think the modern music I most like is up to the early 60s." 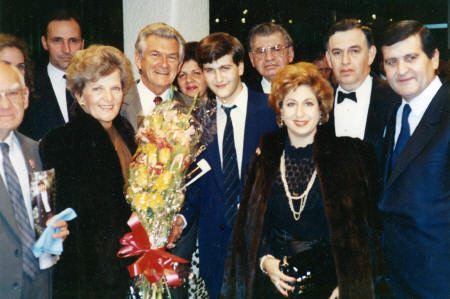 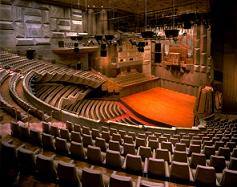 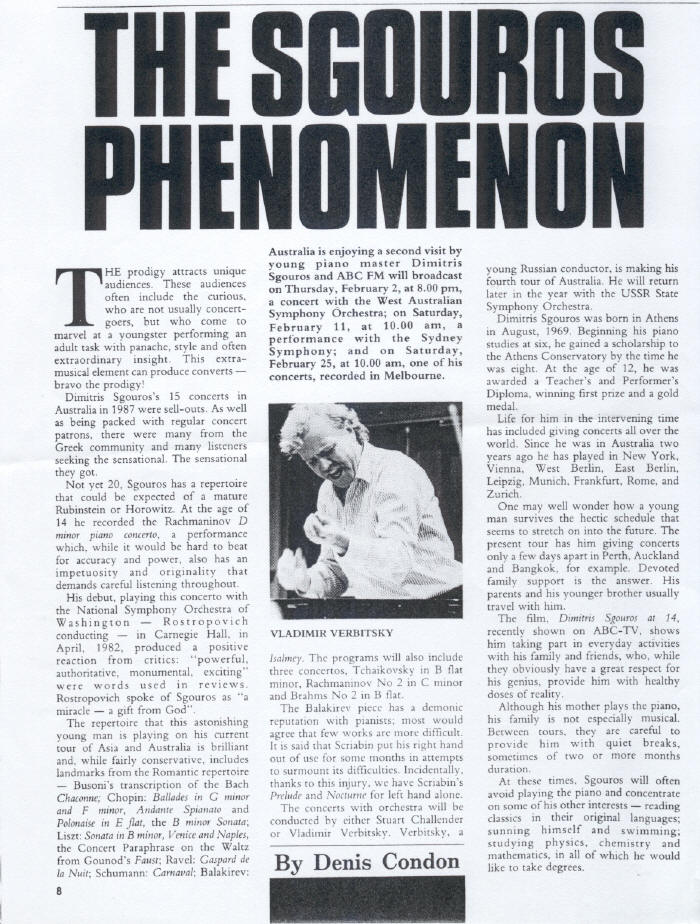 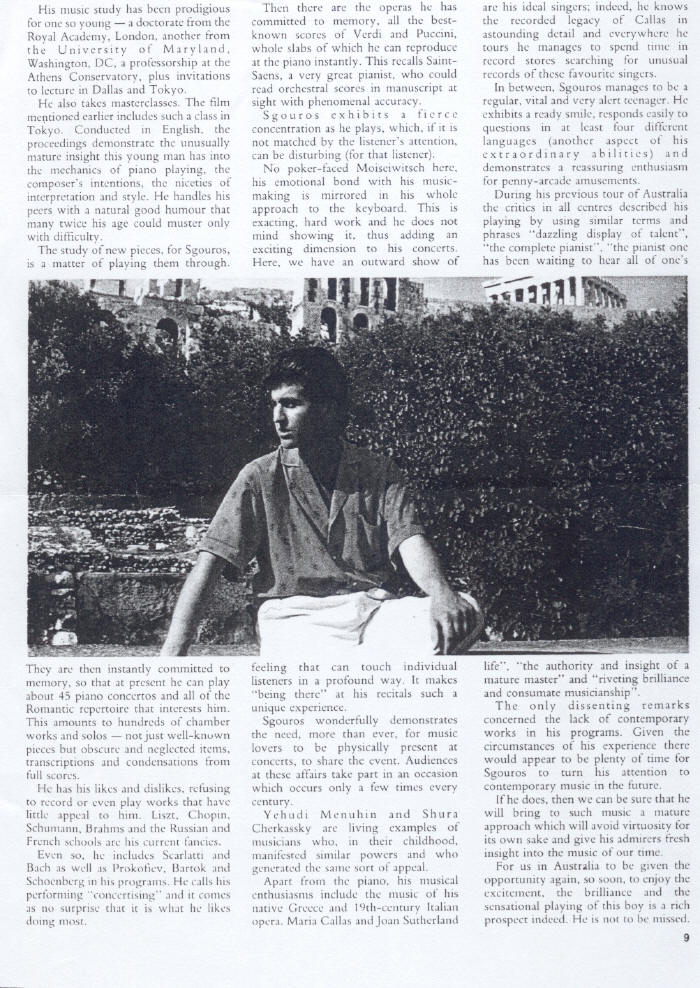